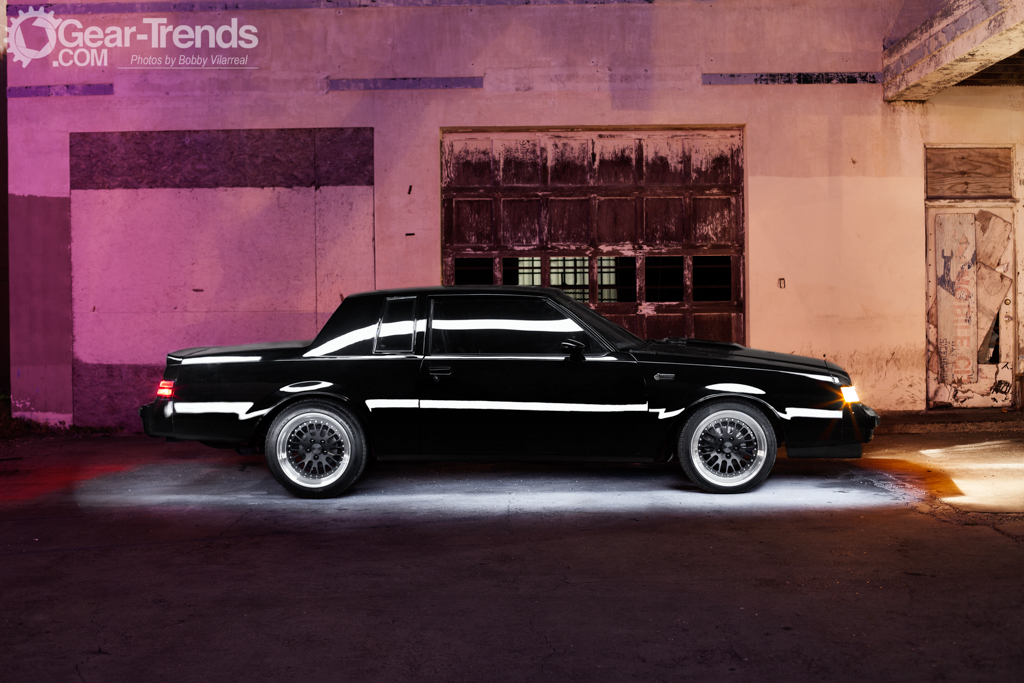 There are some people that have this drive in them to finish what they start, in this case I’m talking about finishing a vehicle “rebuild” that has been in the works for 7 or so years. This whole shoot came about when I missed yet ANOTHER local car show going on, and searched the Instagram tags to see if I missed much- so I could later kick my own ass over not attending. After going over a few horrible cell phone shots, I saw that I didn’t miss much…then I spotted this ridiculously clean Grand National sitting on some CCWs. So the most logical thing for me to do was send the owner a message, this was months ago- and as small as the valley is, I realized I had drooled over this car in person months back while shooting the Harley that was worked on ESG Kustoms – this feature was meant to be. 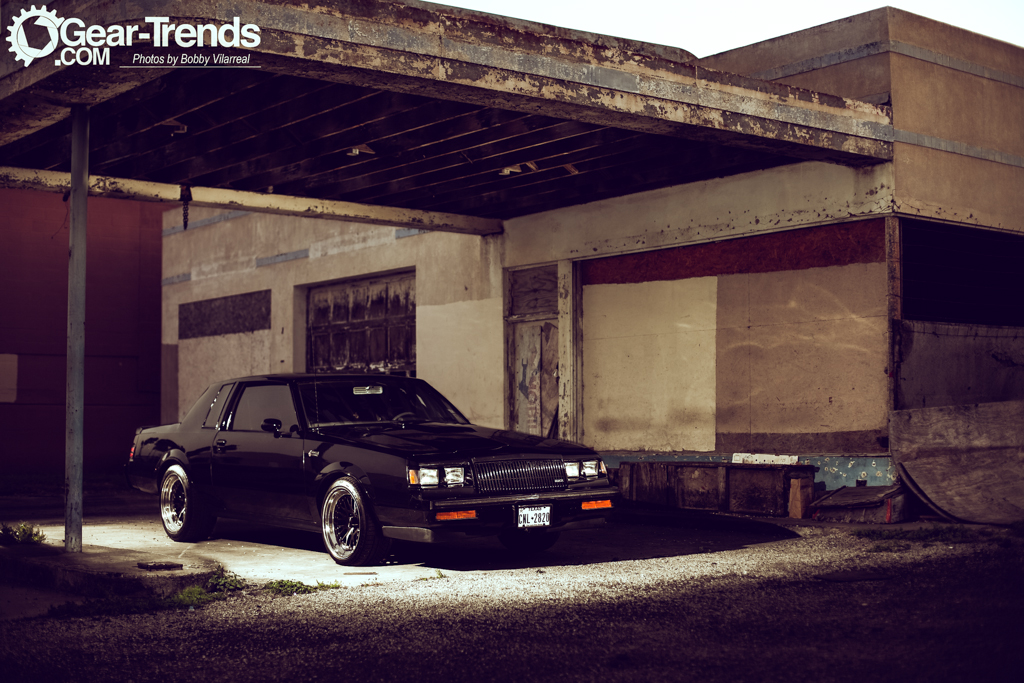 It takes a certain kind of person to see the potential in a vehicle that is sitting in some lot, grass growing around it, and some rust getting started around the vehicle; and Mr Alaniz is just this kind of person. Him and his father found this car roughly 7 years ago, with the Grand National being one of his dream cars since he was 12- Wally knew he had to have this and start on restoring this vehicle to where it should be. One of the easier and probably the most common things for someone to want to work on first is the vehicles overall appearance. Shortly after having the vehicle loaded up on a trailer and taken to his house, things started moving along with body work, paint, and getting things under the car re-worked like suspension components. 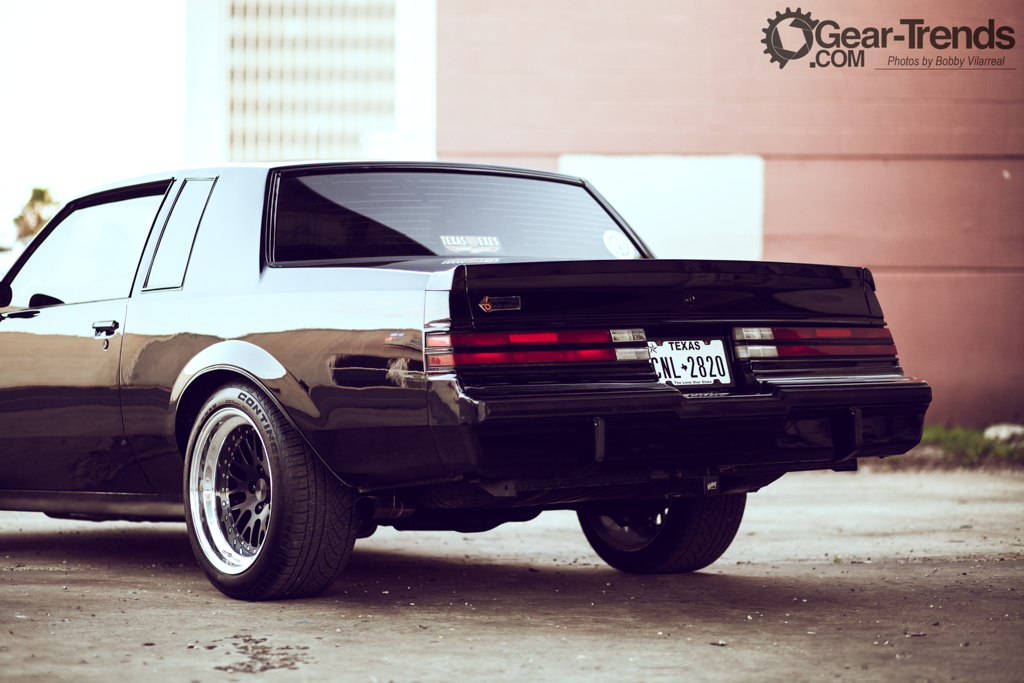 Don’t jump to conclusions and peg this guy as an “all show, no go” type of person – quite the opposite. What’s the point in having a clean car if it isn’t running right? Unfortunately the original motor started running into a few issues, over heating under normal driving conditions as well as a really significant drop in oil pressure. Needless to say the motor was shot after a while, and then the time came to make a choice that few car owners have to face- rebuild and keep original…or go big. The opportunity for Wally to snag a 6.0L that was pretty much brand new came up, complete with wiring harness and the whole shabang (I’ve always wanted to write down that word….shabang…anyways). The process of getting the motor settled in and back on the road took a bit longer then expected, with Wally running a business and his friend that was doing the work getting caught up with other projects- the whole thing was definitely a test of patience. 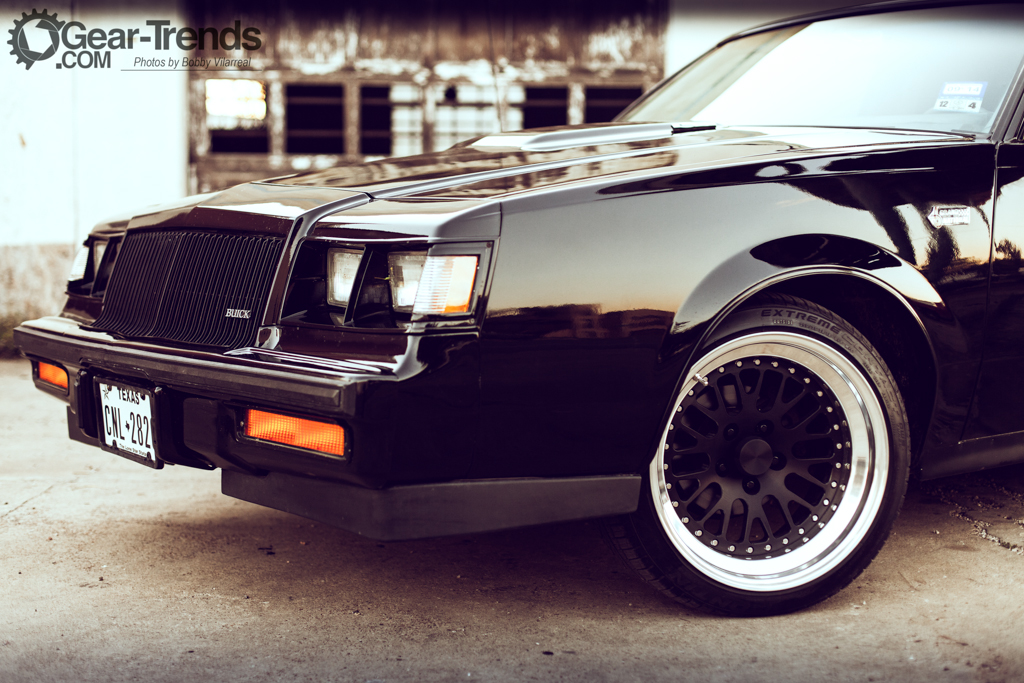 On top of dropping in a 6.0L with a few goodies, like the common I/H/E combo as well as a tune over at Sanoli’s; here in Texas there is no point in building a fun car like this without being able to enjoy it in the scorching heat we have. With that said, creature comforts like A/C and P/S were retained while doing the swap. The car still has a few plans to get some more power to the rear wheels- a Procharger system has been sourced and should be making its way under the hood in the next coming months if all goes well, and we hope it does. Along with the cosmetic and performance upgrades, the car has been equipped with some great sound system components inside the car, as well as in the trunk. This Buick has been worked on all around, inside and out, all the while it has maintained this sense of nostalgia. 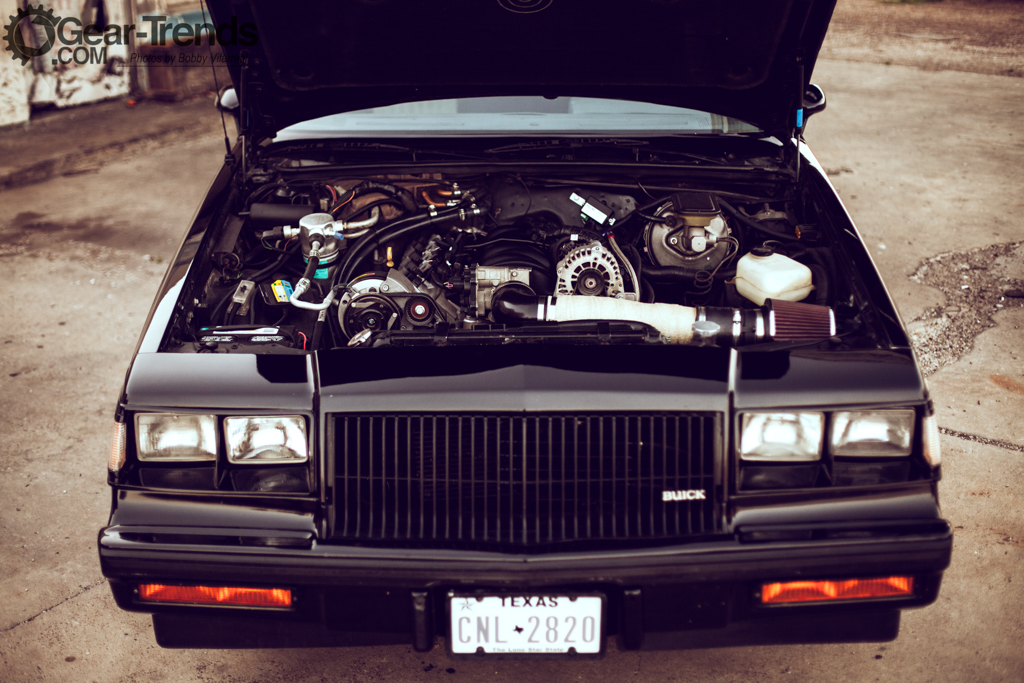 The way you build your car will in some way or another reflect on who you are as a person, over the years I’ve learned to really tune in on this aspect of car building. The longer I’ve been a photographer, the more I learn to appreciate the finer details in things, and this often includes things that go beyond what I see through the lens. This GN has been built the way someone would build their dream car, something that can be enjoyed daily, something that will still look good 10 years from now, and most importantly it’s something that means way more to them then it ever will to someone else on an online forum. The car community has a small percentage of people that build cars in hopes to be accepted by fellow enthusiasts, they don’t build cars so they can enjoy it- they build it for some other reason…and social media has really played a huge part in this. Thoughts like “My car is only getting 30 likes…I need to change it up now” – seems to be an all to familiar thing these days; but people forget that your car is an extension of yourself, it SHOULD represent who you are. Now I’m not talking about the beater you might own that just gets you from A to B – you can trash that thing all you want. I’m talking about the car you look back at as you walk away from it, the car you don’t carry food or drinks in because coke stains are a pain in the ass and who wants the car to smell like general tso for days. I’m talking about the car you take pride in, the car you wash possibly once a month or just fill up and go for a drive with no real destination. These are the cars that should be a representation of who we are as a person, the clean sophisticated mildly modded car for those that are calm and reserved, all the way to the loud and “bat out of hell” type of car you build when you realize you’re addicted to going fast- and those that are still trying to hold onto that feeling well after their youthful days have passed. 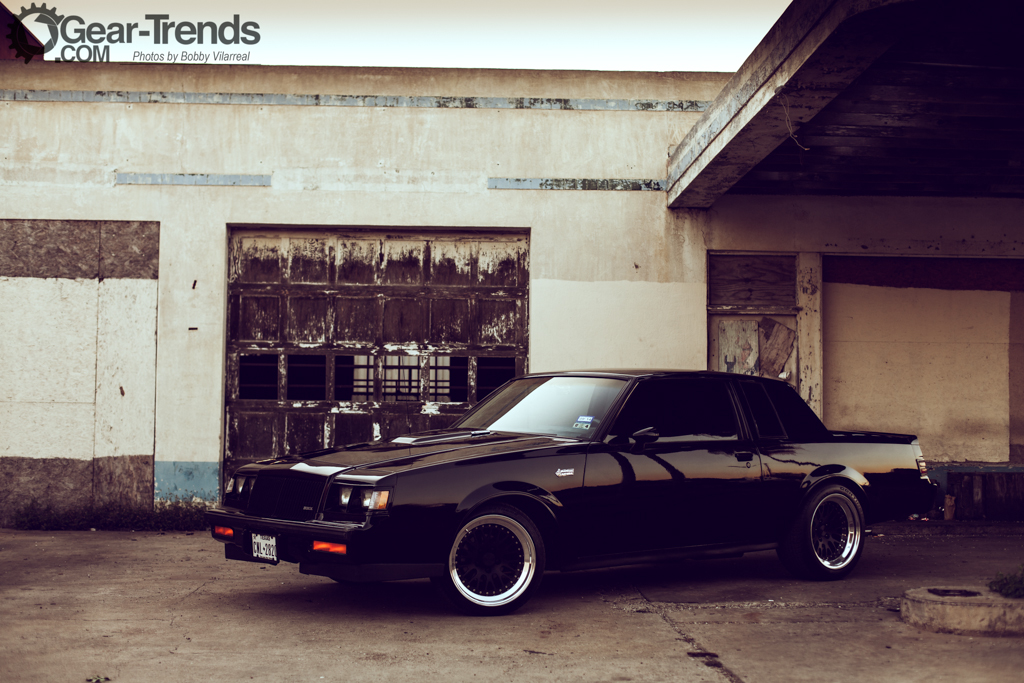 Whatever it is you choose to build, whatever route you decide to go, the car- this machine comprised of nuts, bolts, gas, fire, electricity, metal, plastic, sometimes carbon fiber if you’re fancy, all should be able to match who you are inside as a person. The older I’ve become the more I admire people who build cars for themselves rather then trying to become gain some online fame that some strive for, or aim to build a magazine cover car. If you’re a car guy, eventually you end up having great taste and learn what looks good and what doesn’t- maybe the car you have now isn’t ready to grace the covers of “Super Street” or “Hot Rod” just yet, but in time as you mature – so will the car you build; Unless you’re the type to change out vehicles every year…you know who you are. 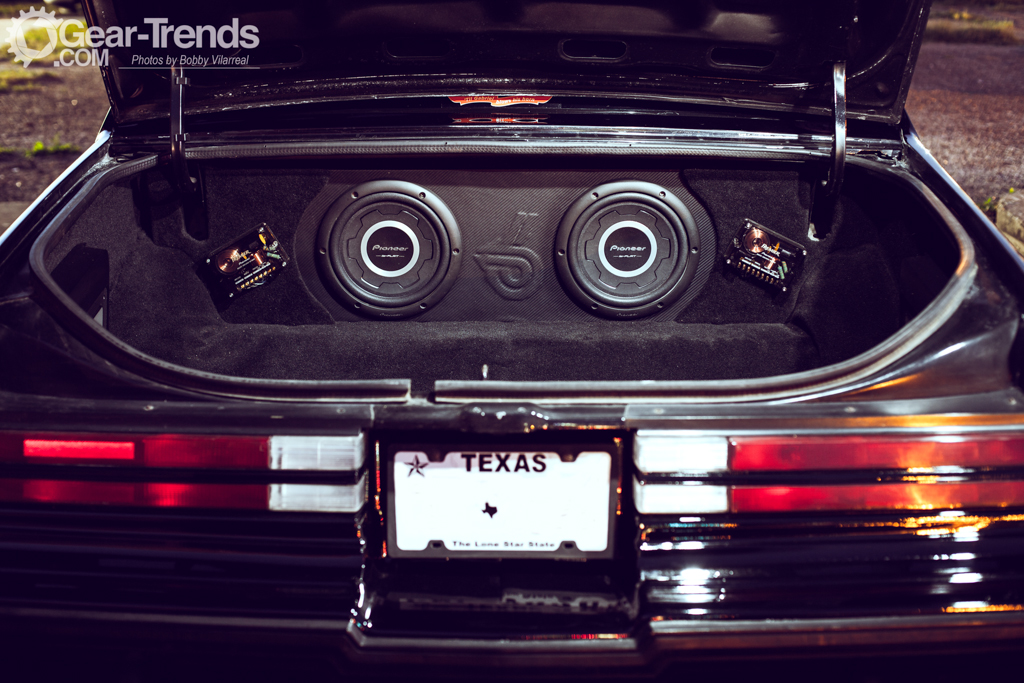 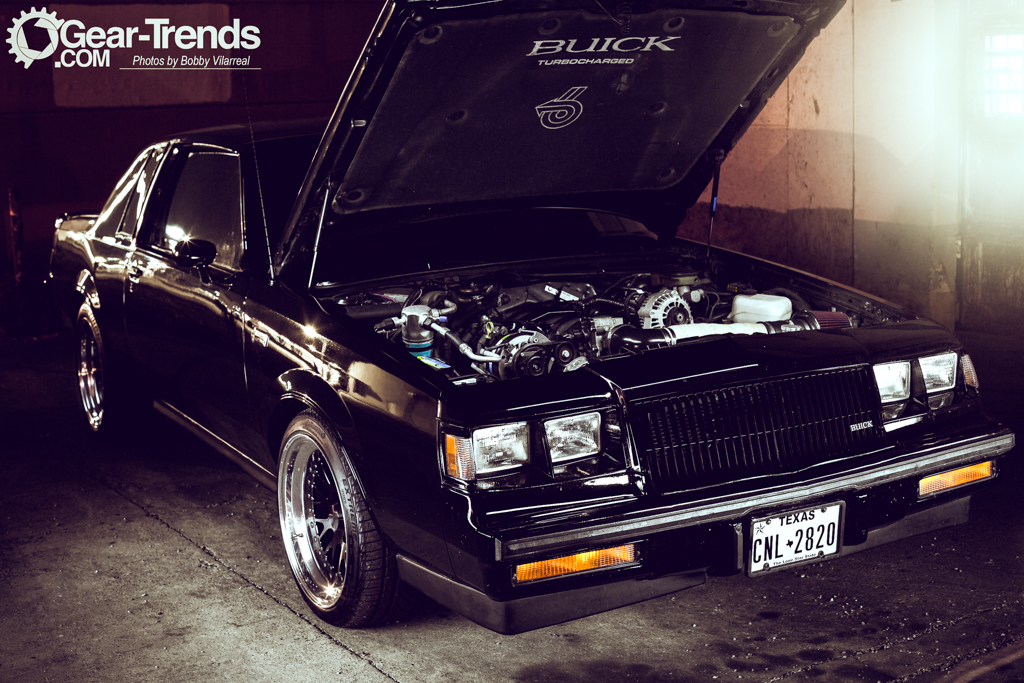 Shout Outs :
Thanks to my Dad for helping me find the car, my Mom for encouraging me to get where I’m at today, and my girlfriend for finally giving me someone to drive around in this monster.
————————————–